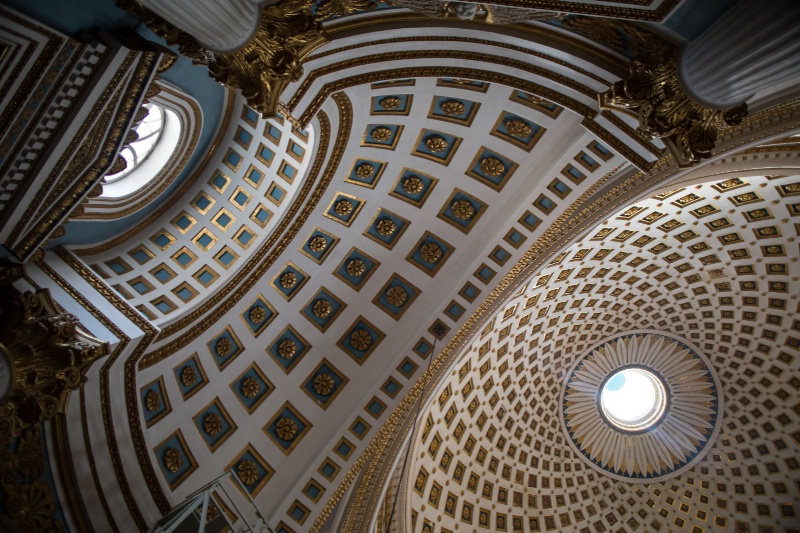 The church is also known as the Rotunda of St Marija Assunta. In 1942, the church was nearly destroyed during World War II. An Axis bomb hit the dome of the church but failed to explode. The detonator was removed and a replica bomb is now displayed as a memorial.

Designed by George Grognet de Vasse, a French citizen resident in Mosta and built by Mosta citizens (at the time not more than 1500) from 1833 until the 1860s when the church was completed.

Copyright for this gallery photo belongs solely to Ilir Dugolli. Images may not be copied, downloaded, or used in any way without the express, written permission of the photographer.